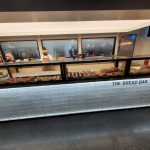 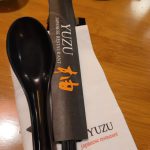 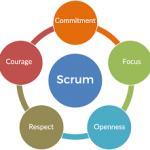 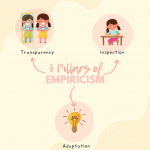 Chronicles of a Scrum master #13 : Empiricism and its 3 Pillars (Transparency, Inspection, Adaptation) 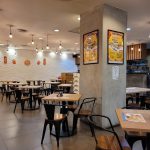 This has been a post which I wanted to write for some time but struggled till now to find the right words.

Its not that its hard to describe but in an agile environment, there are turbulence and winds of change as well as sometimes thunderstorms, hurricanes and typhoons.

To maintain the standards of the 5 values in scrum, here’s my thoughts :

1. Courage – Basically, this means the team members (including developers, testers, business analysts) are not afraid to speak up for the good of the team. The manner in which this is done is not to be offensive but supportive. This can be verbalized in the context of encouragement to improve further or learn from one another.

2. Focus – I didn’t realize this at first but sprint goals are important to form the overall objective for the team in a sprint. This allows the team members to concentrate on completing the stories using their skillsets and not be hindered by unclear requirements or acceptance criteria. Hence, that’s why backlog refinement (or grooming) is important before the sprint starts so as to ensure no ambiguities in the stories.

3. Commitment – Besides the concentration on the stories, team members need to be committed not only to the sprint goal but also to support one another. There maybe different skillsets between different people in the team but as long as they are committed, hurdles and challenges can be resolved most of the time.

4. Respect – In my experience so far, respect is not about who has the authority but it encompasses the entire being of the team as a whole. Towards this end, various considerations needs to be taken such as the following :

a) Culture – different cultures may have different greetings, different manners and etiquettes. This is especially important when meeting team members from various countries physically and face to face. For example, there are some who don’t prefer to shake hands and some who greet each other in a more subtle way (not with open arms).

b) Diversity -this value can come in various forms and usually is understood after knowing the team members for some time. Examples include food preferences (e.g. vegan or no beef). There are also Some of the aspects also include the way the person chooses to dress (as opposed to those required by religion) and even some may have their own diverse quirks. The keyword here is tolerance of each other in the team and trust that each one in the team is doing their best.

c) Holidays – public holidays, annual leaves and sometimes planned medical leaves may need to be taken into account and as best as possible to get the team members to update this in a team calendar before next sprint starts. This will make easier to estimate team capacity and allow the team to be more efficient and effective.

5. Openness – this last value may be one of the toughest to experience and go through in any agile teams. In the old ways of working (days before agile), a lot of work was done in silos or certain processes were not shared with one another, even sometimes when they have been in the same organization for years and met each other numerous times. This is also a crucial aspect that will help break down the stiffness in the team and help enliven the team spirit. However, most of the time, this may take some amount of effort and longer period for the team to bond together. It could be especially challenging if the scrum team members are constantly being replaced or transferred (such as short term contractors). To encourage more of openness, regular team activities that allows the team members to ease with each other is important.

Alright, so that ends 14th article of my scrum master series. Please stay tuned for more 🙂 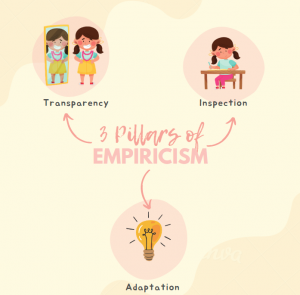 Chronicles of a Scrum master #13 : Empiricism and its 3 Pillars (Transparency, Inspection, Adaptation)

What is Empiricism in the agile scrum context ? One thing it is not is about building empires in your product roadmap 🙂 According to the official Scrum guide , “Empiricism asserts that knowledge comes from experience and making decisions based on what is observed”. In other words, empiricism is about fact-based, experience and evidence […]

Chronicles of a Scrum master #12 : Planning ahead, sprint goals, and tracking stories

Planning ahead Planning the stories and roadmap is usually prepared by the product owner and presented to the team to prep everyone on coming deliverables. Planning ahead means being able to anticipate some of the coming overheads such as holidays and company events that may affect the deliverable timeline. Hence, having a roadmap of features […]

Chronicles of a Scrum master #11 : What I learnt from certification training

This month marks the second month after I attended training and certified in PSM1. Hence, just wanted to share some of the knowledge which I have learnt from the training and hope this is of use to anyone preparing for the certification examination. Three roles, five events, and three artifacts (3-5-3) Scrum team – product […]