Chronicles of a Scrum master #7 : Testing and defects 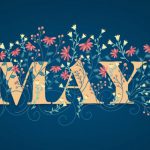 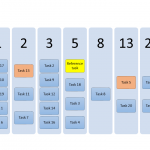 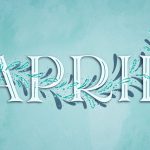 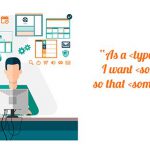 What are story points ?

Story points are the numbers given in the form of complexity level and usually stated using Fibonacci numbers.

The art of story pointing

Determining points for a story can be sometimes a daunting task if not done with an experienced team. There maybe often times conflicts and understanding gaps in the allocation of this points.

For example, in the products and sprints that I am part of, there are two ways how this can be done :

Hence, the definition of Done or Completed for a story is very important and should be the first detail that needs to be ironed out for any new product team before beginning a sprint.

Why is story points important ? because it determines how much the team can perform during a single sprint.

Backlog grooming (or sometimes known as backlog refinement) plays an important role before the sprint starts so as to allow the team to deliberate over the stories, clarity of the description and acceptance criteria (requirements) and the development feasibility. It will be beneficial to have this session once a week on a 30 mins session. Some may prefer to have it on the last week of the sprint itself lasting around 45 mins to 90 mins.

Story points will be assigned to each individual story once it is clear to the team on the 5Ws : who, what, when, where and why.

Before the start of the sprint, the team maximum capacity will also be estimated based on several factors including skillset, number of working days, holidays and planned vacations.

Once the capacity has been determined, this will be used as a measurement (yardstick) for how much the team can complete in a sprint. I refrain from using how many user stories they can complete as each story is varying in complexity.

Story and its points

How then does each story derive its points ?

Well, that is the end of my post for today.

You can also get more info on scrum ceremonies from below.

Chronicles of a Scrum master #7 : Testing and defects

Testing in an agile context refers to a team of Quality Assurance (QA) team of tester(s) who perform rigorous and meticulous examination, assessment and verification of each of the completed developed functionalities against the story’s acceptance criteria, which is usually defined by the Product Owner (PO). It will require the tester to have knowledge of […]

Life and career skills Random rants Tech and me

May is a month of holidays in Malaysia. Starting with Labour Day on May 1st and 2nd and followed by Hari Raya holidays on May 3 – 4 and lastly with Wesak Day on May 16. May also sees the end of many pandemic restrictions indoors, outdoors and schools. People are no longer required to […]

Life and career skills Softwapps Tech and me

So, April’s Fool has passed and we are in Q2 of the year. What’s been keeping me up awake and working ? Technical – Flutter Why Flutter ? I compared React and Flutter with Xamarin and found that I liked Flutter for its prospect and close native functionality. Plus it can be on web, mobile […]